DISCLAIMER: This is not an approvable example for membership into the Finest. I’m sharing my build for fun. Do not follow this exactly for membership.

I want to start off by saying this is not a canon approvable costume. As it’s mainly based on two references, one being a piece of fan art. That being said, I’m trying to build to approvable quality standards regardless of its canon status. And pretty much all of the Gnawgahyde figures look ridiculous. Thus this is a good exploration of my process of planning and building a new costume.

Ok, on to the fun stuff. In 2017 the Tigerhawks did a 'Noks day at Planet Comicon. I quickly built a Gnawgahyde costume out of the bits and bobs around the house. It definitely wasn’t my best effort, and I built it rather quickly/cheaply. Since then, I’ve always wanted to revisit it, and this year I’ve started gathering stuff to assemble a better version. 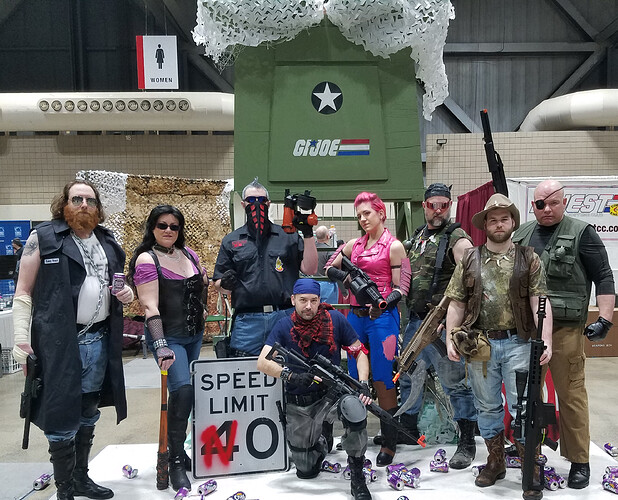 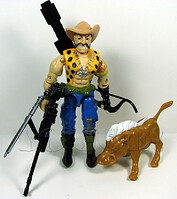 In this particular case I’m combining bits and pieces from the three references to make a version that I’m happy with. This is not how to make an approvable costume! I’m also 100% not going shirtless.

I typically start working from the head of a character down.

Which means upgrading the hat. My original hat is great but I wasn’t happy with tooth hatband I made for my first attempt.

So I bought a new gator tooth hatband and ordered some boar tusks to make a better necklace. I’m largely trying to avoid the leopard print pattern seen on the V1 figure. 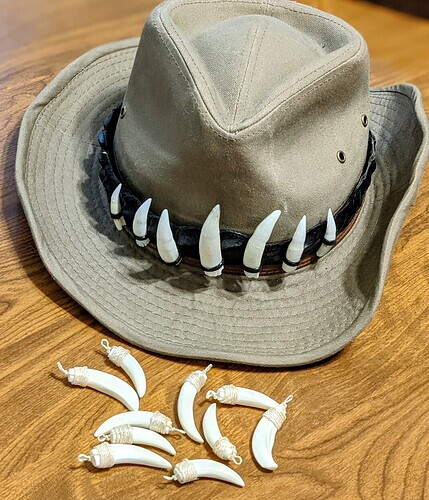 Moving to the belt and accessories.

Front Belt: Not sure if these are pouches or Grenades on either side of the belt buckle. 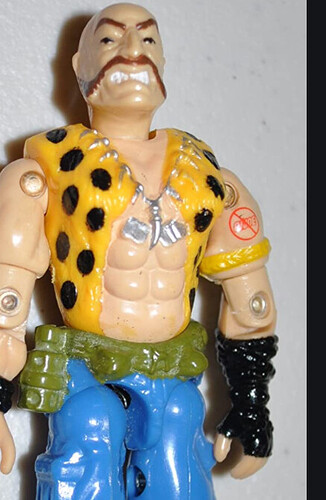 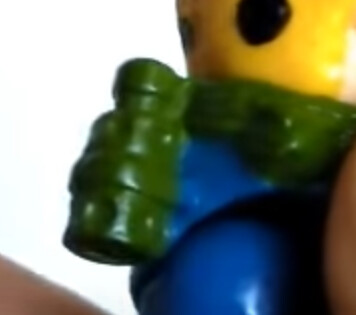 So I ordered a bunch of grenades! 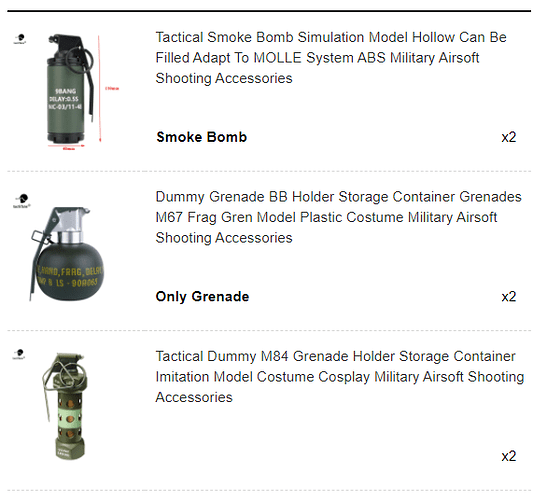 Left leg has a boot knife and sheath 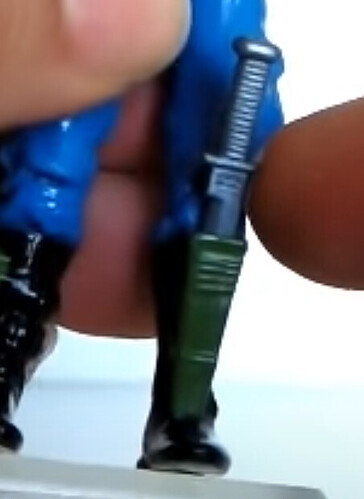 So I bought a rubber cast pilots knife on eBay and the corresponding sheath. A few coats of Angelus Leather Olive paint. 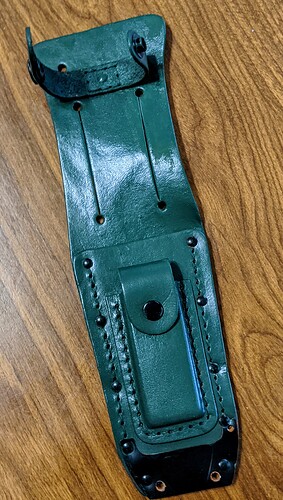 Starting to pull more pieces together. Should have a test wearable version in the next week or so. 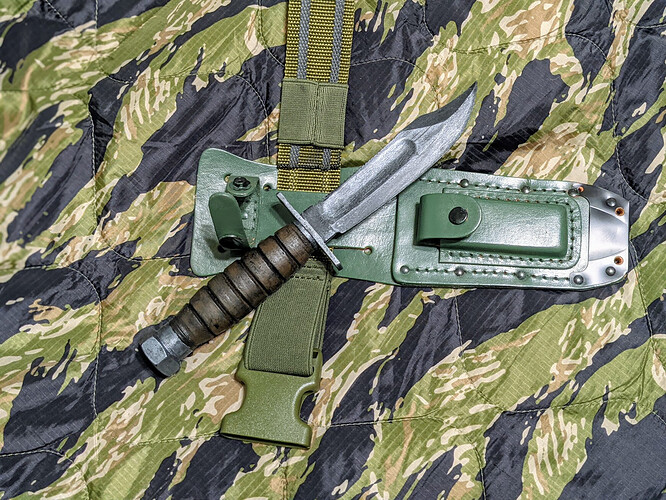 Steady progress. Waiting for parts to arrive from eBay. So I made a machete! 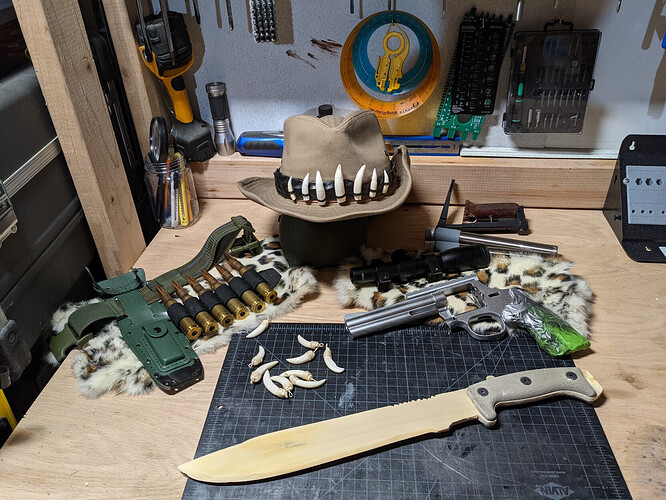 Love where this is going. Can’t wait to see how this turns out.

Here’s a good % of the costume together and on a mannequin.