Hey everyone! I am in the middle fo two builds right now, a RAH Shipwreck and a Cobra Commander with the mask instead of the helmet. I was wondering if anyone had done a Cobra Commander build from the IDW comics?

I posted your question up on our member’s Facebook page.

Awesome thank you! I have a pic of what I am working on if you want.

Post the photo, so we can see which version you’re working on.

It won’t let me embed it.

Here is the Cobra Commander StumpyCobra was talking about. 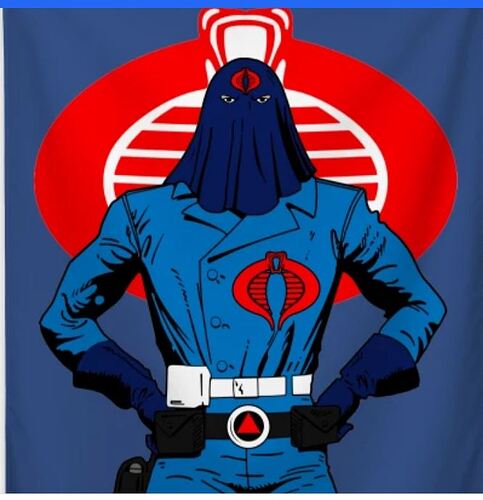 That style of uniform looks like the traditional one from A Real American Hero. If you don’t want to make it yourself, you can find people on eBay selling that costume. They customize it to your size, too. In my personal opinion, though, the material they use is very thin and wrinkles easily. I didn’t think that was ideal for Cobra Commander, but it will work if you’re on a budget. However, if you make it yourself, you can pick nicer fabrics.

People often make this costume as a 2-piece with a top and separate bottom. But I think that look calls for it to be a jumpsuit with belt loops. It would be a bit more complicated to sew, but I think it would look much cleaner. Simplicity pattern #8722 would work. The pattern would just need to be adjusted slightly so the top opening is more off to the side.

You can also find the hood on Etsy.

This Hats & Caps item by SiQclothing has 375 favorites from Etsy shoppers. Ships from Las Vegas, NV. Listed on Nov 10, 2022

I think $99 is a lot for it. I wound up making my own. It wasn’t that hard. The trick is to NOT cut out a huge circle and put it over your head. It looks better if you cut out a front and back and sew them together. That’s how I made mine using a 4-way stretch fabric. 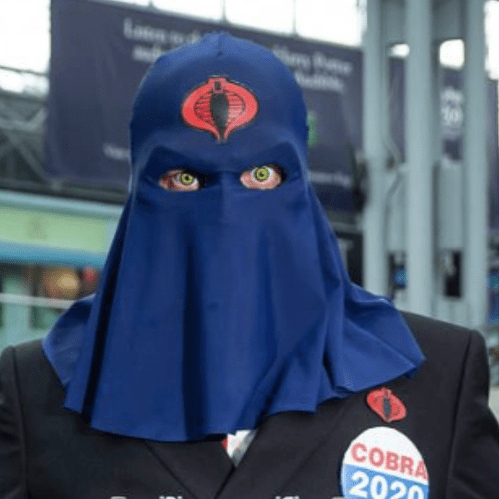 I used a balaclava as a template and then flared it out at the ears to get that nice drape effect. If the balaclava fabric is also a 4-way stretch fabric, it makes it easy to get it the right size.

I have a mold to cast the big belt buckle with the triange. I can also make red iron-on vinyl cobras for the chest and mask. Feel free to message me. 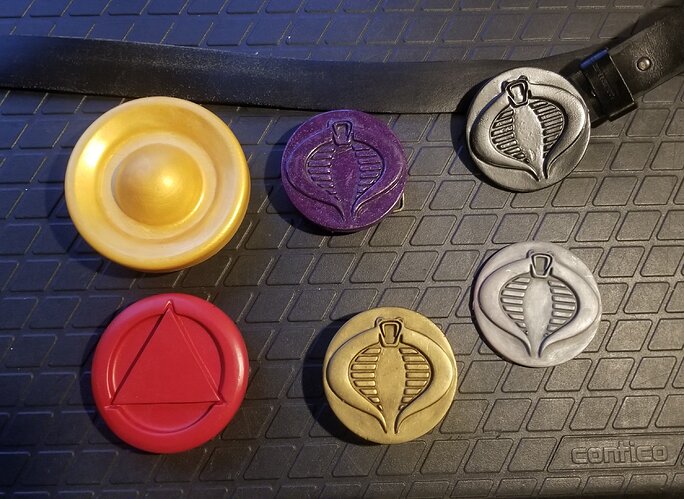 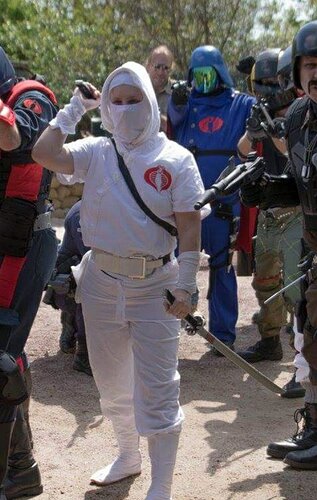 Oh that looks sharp. Can you PM me prices for the Cobra symbols and the belt?