On a whim in the midst of isolation, I ordered the new Cobra Commander helmet from Gamestop. When the helmet arrived, it had issues, there was effectively no chrome on the visor. A little back and forth with GS support and they replaced it with a much better one.

So then I’m thinking, I’ve got a helmet, couldn’t I make a costume? I imagined it would be fun, wandering around a convention, trying to recruit cosplay villains for Cobra.

Here is a look at the costume so far, I’m using the appearance from the original cartoon and a pvc statue of CC I picked up as the reference. Still have a lot of little details to work out as well as props to make. 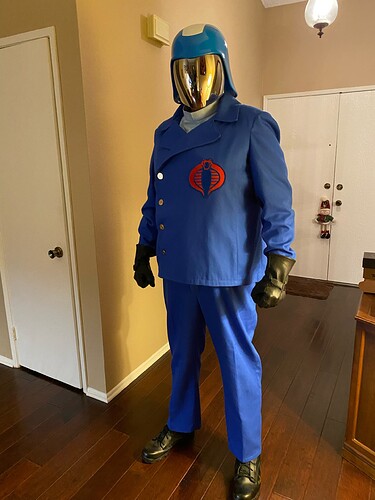 I met two member of the Finest at Comic Con Revolution back in December who suggested I post here and say hello.

I’m working on the belts, pouches and a gold snake scepter right now, I’ll post a follow up with more progress.

This is very cool, especially when you have the props and things, it’s going to look awesome!

How did you make the jacket?

Bravvo! Bravo! This is so awesome!

The jacket is based off a heavily modified McCall’s (M4745) pattern.

I’ve finished my Cobra Commander costume, well at least this first iteration of him, in time for Wondercon next weekend. I also discovered that there is a GI Joe/Hasbro cosplay meetup Saturday morning, the perfect opportunity to debut this costume.

Of the things I still needed to complete as of my first post here, I completed the belt first. Now with the way I designed the costume, the belt won’t be seen to often, but it didn’t seem right not to make it. 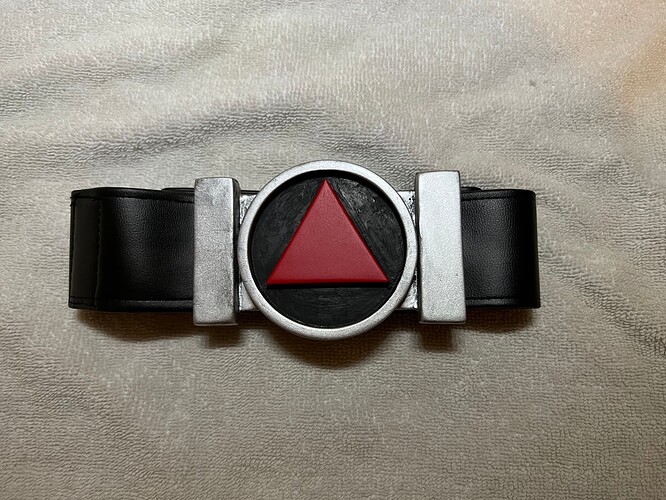 I wasn’t sure what Wondercon’s prop weapon policy would be, so instead of a gun, I decided to create his scepter. This is based on a snake cane from Spirt Halloween, that I modded and painted. 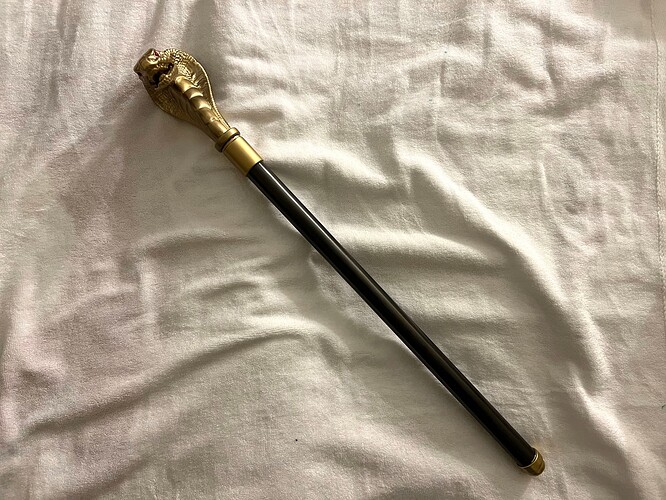 I am still going to make a proper weapon for him, maybe a version of his pistol.

Who could imagine Cobra Commander without a cape? The cape attaches with Velcro under the jacket collar, so the costume can be worn with or without the cape. I can even remove it with a flourish if need be. 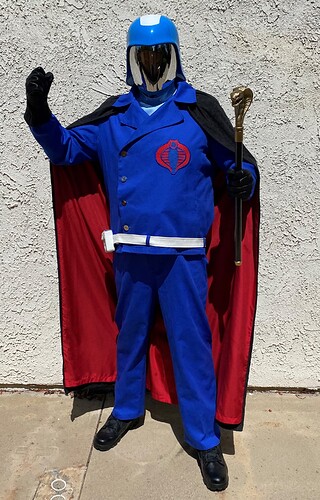 That’s really awesome! I’m glad you heard about the photo meet too, that should be a good chance to meet some of the California garrison members running it!

Well, Wondercon 2022 was a blast, weather was nice for cosplay, wasn’t to crowded and my Cobra Commander costume got a lot of positive reactions. 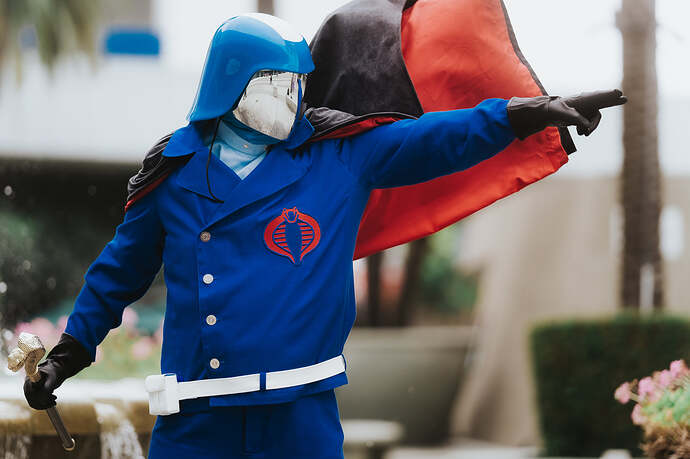 I went to the GI Joe/Hasbro meeting Saturday morning, met bunch of cool people from The Finest and other GI Joe cosplayers. 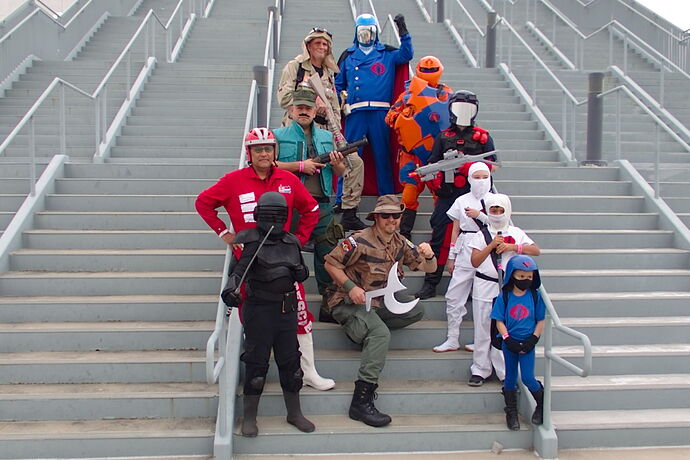 Looking forward to my next opportunity to wear Cobra Commander.

I was in a bit of a rush to get everything finished in time for Wondercon 2022, so I was missing a few of the smaller details. Recently I was able to complete the various pins for the collar, lapel and cape. 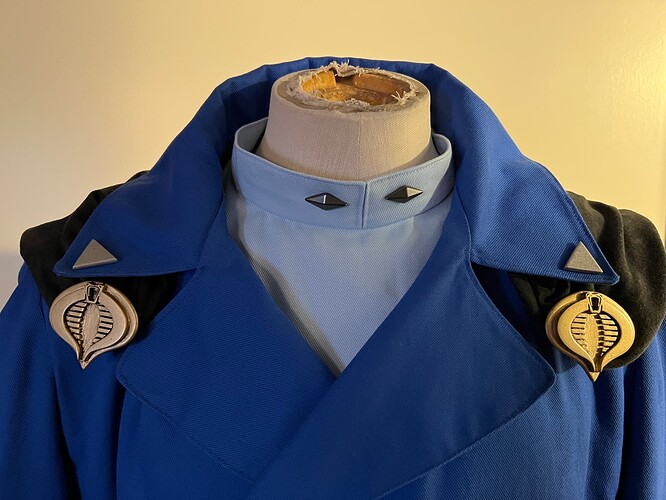 I also added belts to the left pant leg.

I hope to have some pics of the whole costume soon.

where did you get your mask/ Or parts for it?

It is the Hasbro Cobra Commander helmet from GameStop.

I don’t think GameStop is selling it anymore, but I think I saw it still offered on Amazon.

The visor was defective on the first one I received, but I took it back and they sent me a new one that had a properly mirrored visor.

thanks for the information

I realize I forgot to post a pic of my updated costume, this is from Anime Expo Chibi last weekend; 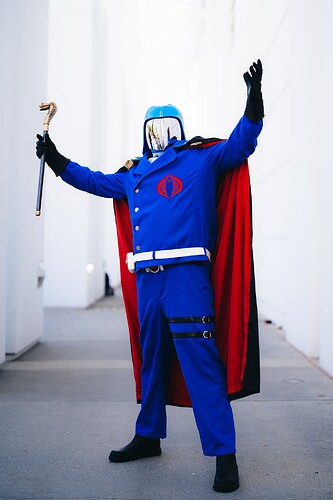 Good old CC got a lot of recognition. As is his due!

One thing I discovered is people can’t hear me yell “COBRA” very well from inside the helmet, I might need to rig up some kind of sound amp.

For all my helmeted costumes I use a unit similar to this: