It’s been really quiet around here so I thought I’d drop in with a new post.

I started this costume the day after my first con with the finest where I was inspired to get going on what’s next. Firefly has always been a favorite so it was just narrowing down which version to do. I decided after looking everything over for options to do the 50th anniversary (v28) Firefly as close to it as I could. 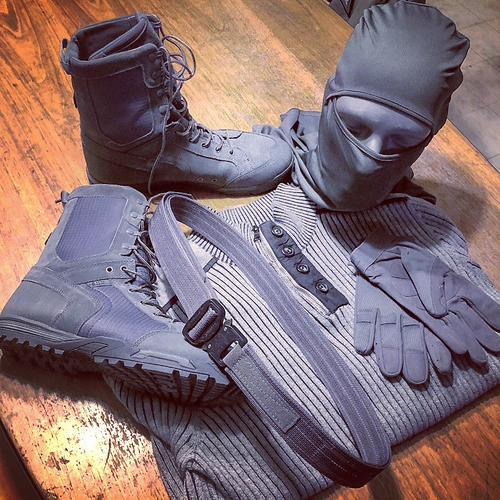 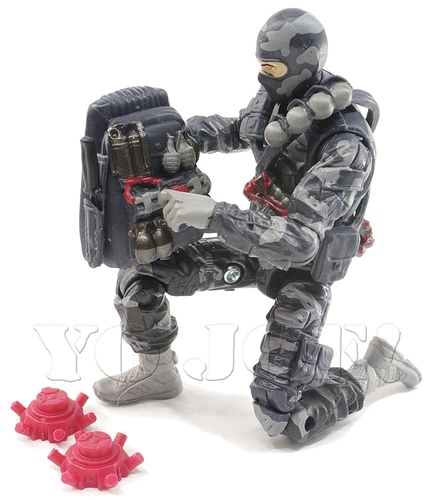 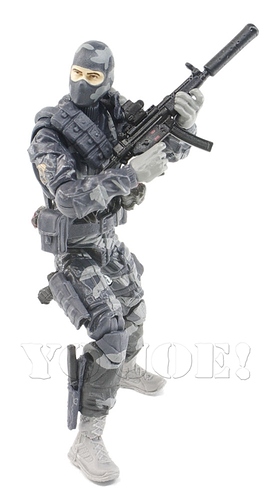 Looking at the figure and what other people have done with their versions I decided that just starting with a grey combat uniform would work best and do a mask and paint job for the camouflage. 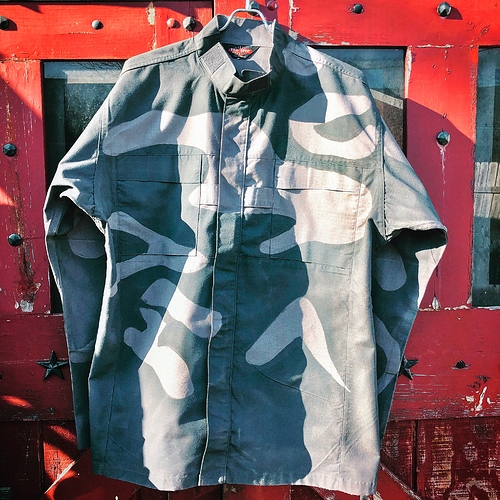 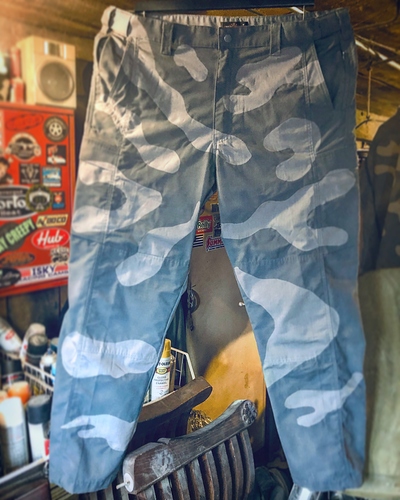 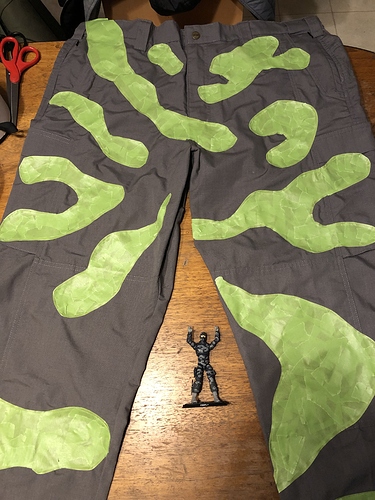 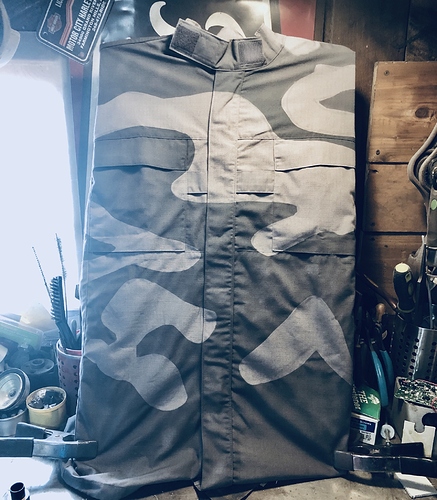 image1789×2046 830 KB
This was no small task but I was able to water down the fabric paints and shoot them through my airbrush and mask off with painters tape the light portions of the costume. I basically did one area at a time, referencing the figure for each part.

image2048×2048 1.2 MB
I ran through a bunch of options for these bandolier pouches and settled on these grenade pouches to balance against the other side of the chest with 4 baseball style grenades. These were also fabric painted grey from their coyote brown color. 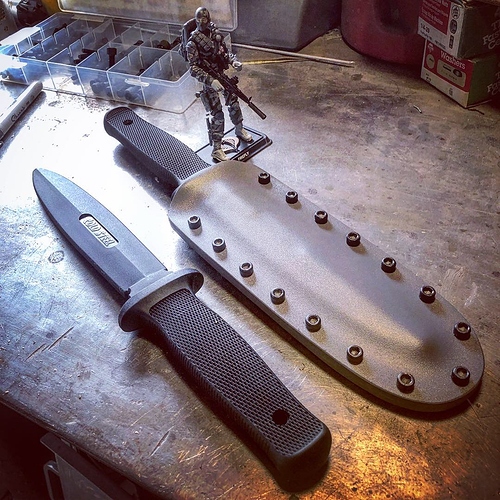 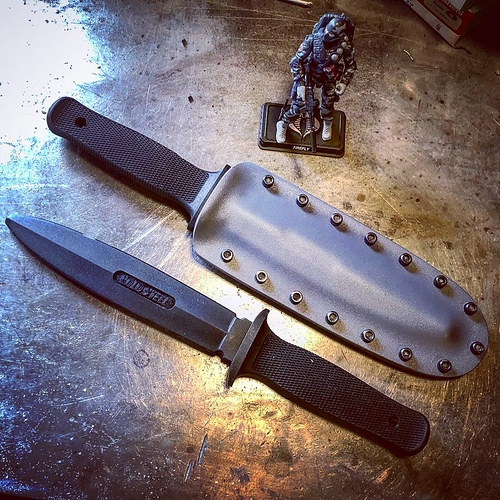 image1080×1080 389 KB
I’m using a couple of rubber cold steel daggers for the boot area and made a custom kydex sheath for it to complete the look. 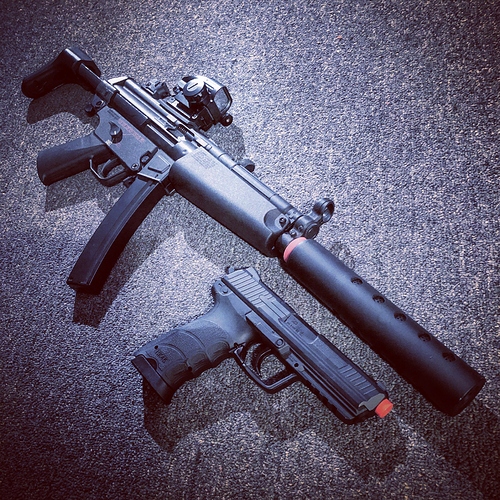 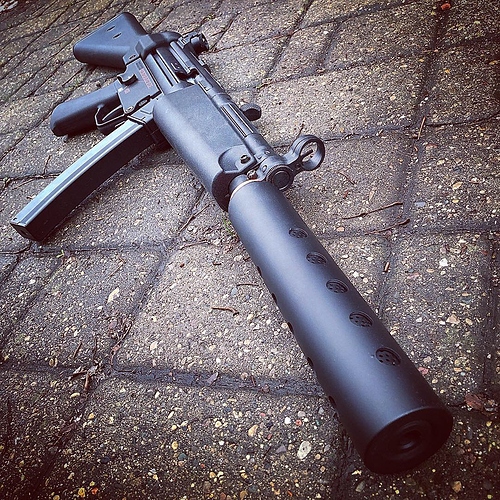 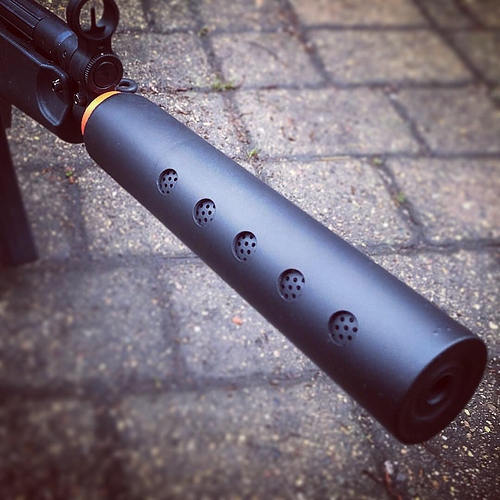 image1080×1080 133 KB
This version of Firefly seems to be hip to H&K guns so I grabbed up a MP5 Airsoft that was broken but I got it for cheap compared to the list price. The mistake I made was buying one that was not compatible with a collapsible stock so I ended up buying a different branded collapsible stock and had to retro fit it to this MP5. I also scaled up the compressor from the toy to make one out of scrap aluminum I had around. It turned out pretty cool if I do say so myself. 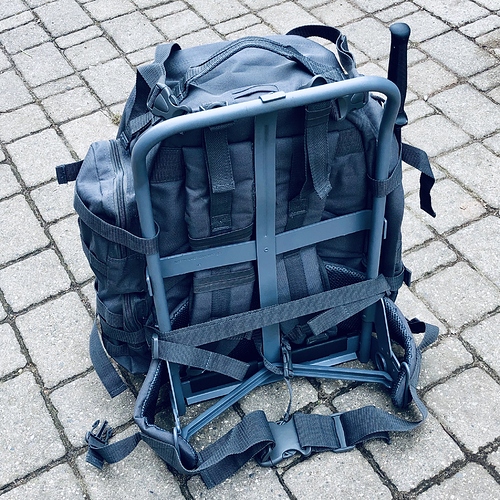 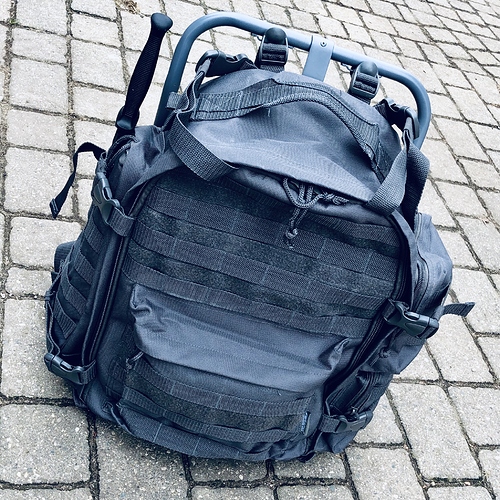 image2048×2048 1.74 MB
I’m still working on the backpack parts but I was able to pick up this pack and add it to an ALICE frame that I painted grey to match the rest of the parts. 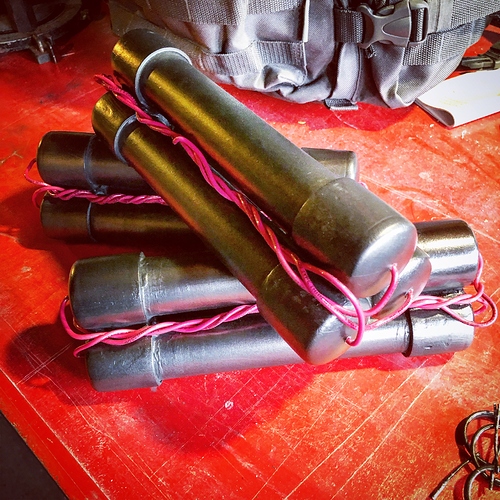 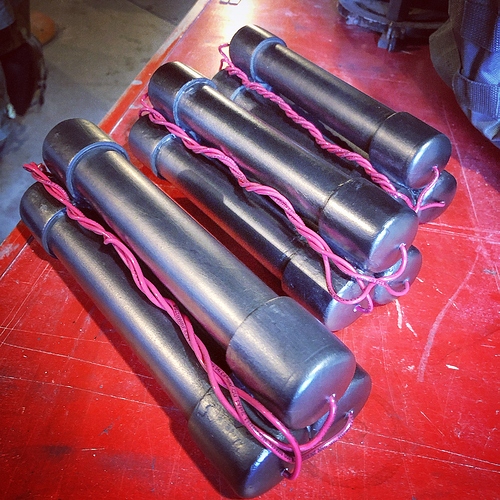 image3024×3024 3.36 MB
The pipe bombs are just made from PVC pipe with caps glued together and a quick paint job and red wire to match the figure. He’s carrying three bundles of three sticks on all of his person. I’m giving myself the opportunity to leave these off the costume as Firefly is probably a little scary to show up to cons as. 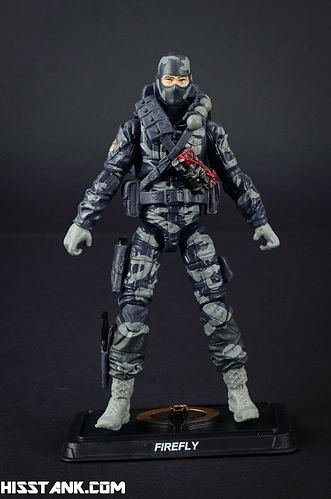 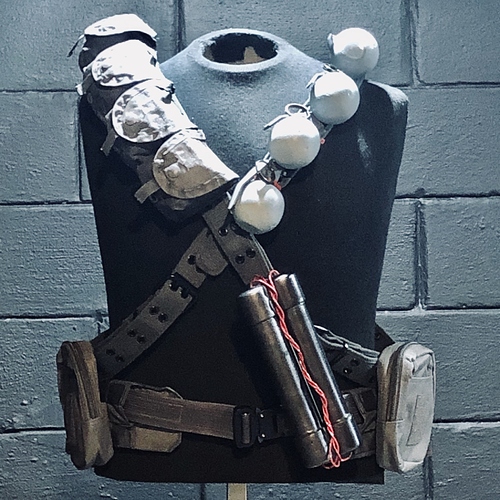 image2048×2048 719 KB
This last weekend I started to rig everything up to the bandolier which is made from adjustable grey military style belts. 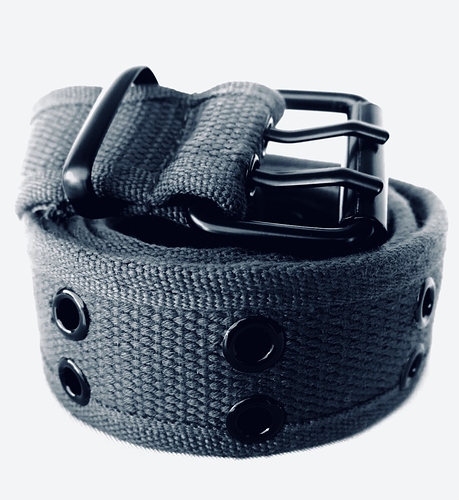 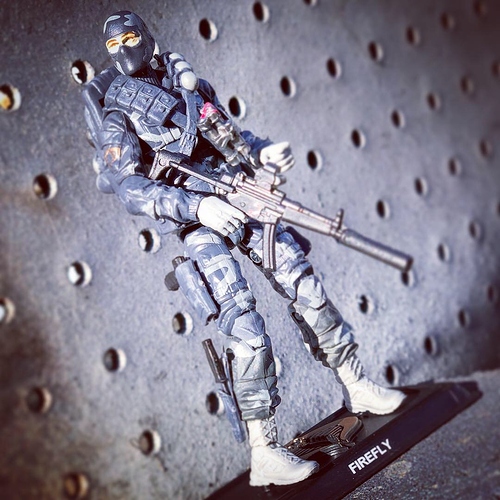 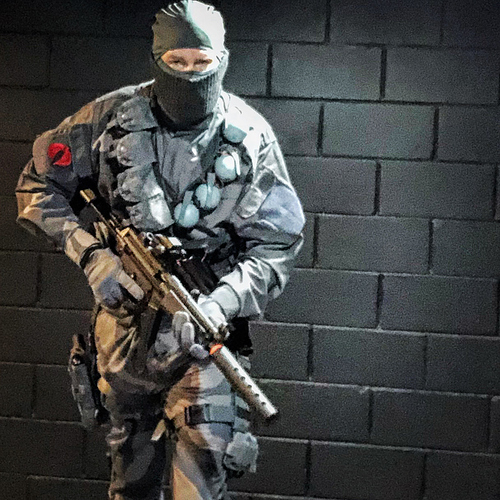 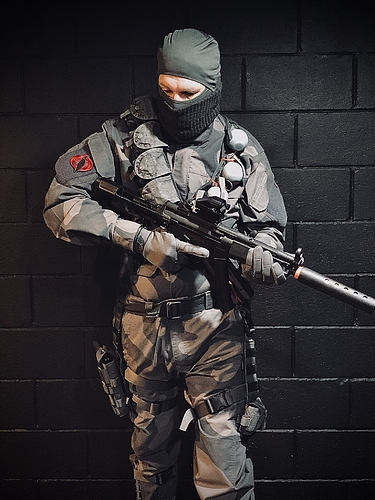 Very awesome work! I haven’t had my chance to work on any but some fully soon with this Coronavirus situation.

The belts are a good idea, I struggled to figure out getting grey bandoleers for my firefly as I’m trying to replace all the parts with more accurate grey ones. Are those style of belts rigged enough to hold gear and not slouch or crush too much?

Nothing short of fantastic!!!

So this is an on going process on the belts to figure it out. The ones I’m using were super duper cheap in cost so they are also a little flimsy, but the color is right. I’m looking for lightweight alternatives for the grenades because these resin ones are way too heavy. Right now I’m doubling up on the belts so there is a fair amount of overlap and pinning them together with Chicago screws in the eyelets just trying to get the correct length overall. When they are doubled up they are fairly rigid. 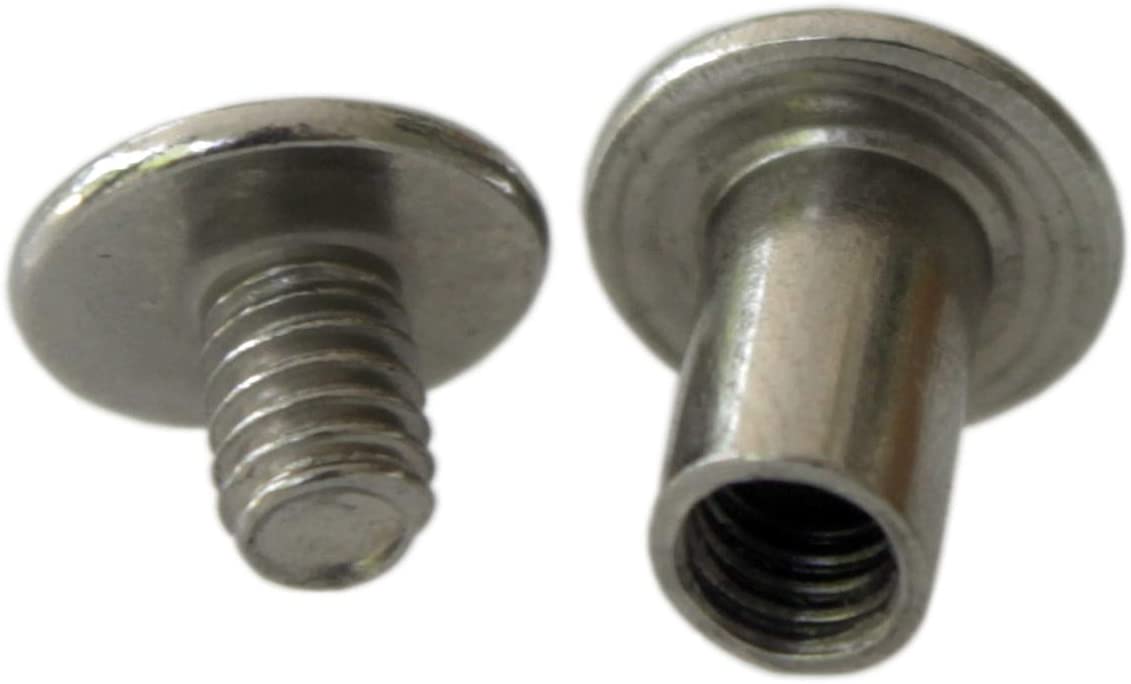 image1131×684 31.4 KB
These are Chicago screws aka bind post screws with two parts that hold the center together

Once I have it figured out I’ll post up how I got it together to share. I believe I’ll try to make an X shaped joint area at the back that these will meet up, sort of like what you see on suspenders to help keep the shape and keep things from slipping around too much. Right now the belts loop through my side pouches which is tricky to get in and out of but I’ll figure out a better way here as I experiment