The rumors were true, GI Joe to return this summer with new 6" line of Black Series style of action figures. 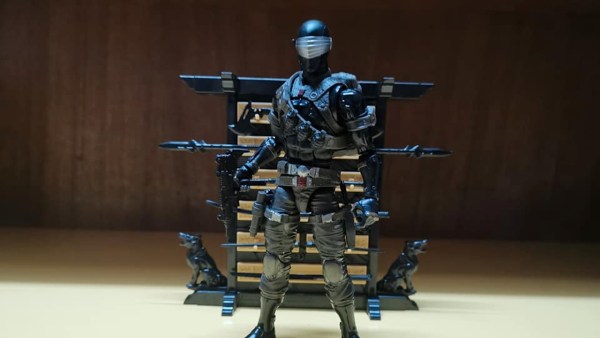 Here's pictures of what appears to be Hasbro's new G.I.Joe Classified Series Snake Eyes! The boxes say "Convention Exclusive" and the packaging is definitely fancy and packed with

Also if the rumors continue to be true, we are gonna see a 4" line of figures later in the year closer to the release of the new movie done by Jazwares (the folks doing the Fortnite toys). Assume the 4" line will be a new style and possibly be actual movie tie in merch.

Good times for GI Joe this year. 2 comic series, new movie, 2 new toy lines, new game app, and news that they are also looking to create TV content for the franchise in 2021 as well.

I’m not a 6" inch figure person, but I’ll probably pick up one or two if the sculpts are neat. I’m just excited to get more figures and to see the brand come back a bit.

The new line is rumored to be 4" in the fall, but wonder what kind of artstyle it’s going for.

I love the switch to 6", it just opens lot more possibilities for figures and makes em more durable. The crazy posing of the later modern Joes while neat, came at the price of them being super fragile. I dont see them going back to the days of vehicles and crazy big sets to go with figures, most toy lines have dropped those with maybe one or two big vehicle or sets at best every few waves. Even Star Wars greatly dialed back on vehicle playsets to focus on just action figures.

Figure looks dope. If it’s anything like the Power Rangers Legacy series, these will be $30 bucks a pop. I’m happy to see the OG logo too.

Believe the placeholder data had them at $20 but that is possibly changing when actually announced. The SW black series and Marvel Legends have been creeping up in price in spots past $20.

Yeah I’m already in for a case. My one buddy who owns a toy shop has ordered over 30 cases so the fandom is still there. I love the idea that we are getting new figures and I for one am hoping this helps revive the franchise

I’ve seen ton of excitement for this on non GI Joe fan sites from lot of general toy collectors. This is what the brand needs, as the hardcore Joe fan alone really were not enough, they need the casual toy fans as well to push the numbers hasbro will want.

We kinda saw this when the 25th anniversary figs came out, even the non joe fans were buying em all up cause of nostalgia

Prices and preorders are up! We’re got pics of both Roadblock and Scarlett. Excited to see some Cobra figures at some point 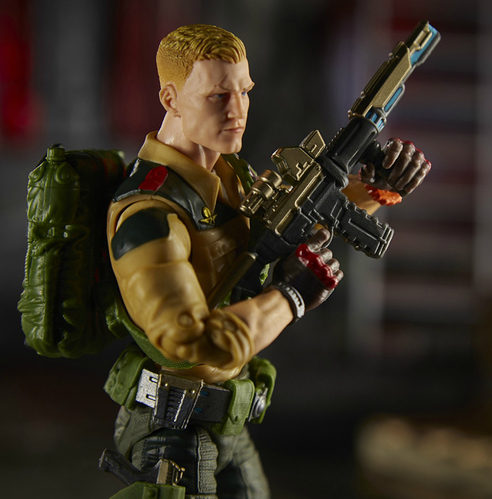 Duke leaked out, we still got to see Destro.