Some pictures of my Alvin Kibbey cosplay. I have a real affinity for the original Joes- they seemed the most “military” to me because their uniforms were pretty standard to each other, yet hi-tech compared to contemporary soldiers. The file cards and the skill sets added to the fun of trying to put together a team for a mission and that was reflected in the early comics.
To make Breaker, I took an old Bell motorcycle helmet from Goodwill and built the sides in craft foam. I then built the headset in craft foam, using modge podge to stiffen it up. The microphone is on a metal wire, screwed into a nut buried into the foam. The wire is an old USB cord, attached using velcro.
My first pack was closer to the toy version, but didn’t look convincing. I bought a drone backpack for about $20 on Amazon and gutted that sucker!!! I added a wi-fi antennae from an old PC that pivots turns and lays down or stands up. I added all kinds of “greeblies” to give it an Army hardware look and added some labels and stickers to it including a signal corps one and one for “Scarlett Beer”.
I bought the straps and belt (I hate Alice-clips, btw!) and pants. Finding a “close-enough” shirt was a bear, and it took two tries to get it approved.
I took an old camera bag, repainted it and added a Joe label to it. It clips onto the belt and hangs down the side of the leg (that mysterious huge leg pouch on the original figure!). I made a holster from PU leather using Barge cement and paper fasteners. I added some Joe and AT logos to it.
Finally, the laser rifle, based on the one from the cartoon show, was my attempt to build the XLR-3. It is a mix of EVA foam, corrugated plastic, cardboard tubing and paint. Considering this was my first project about four years ago, I have been happy with how Breaker turned out. 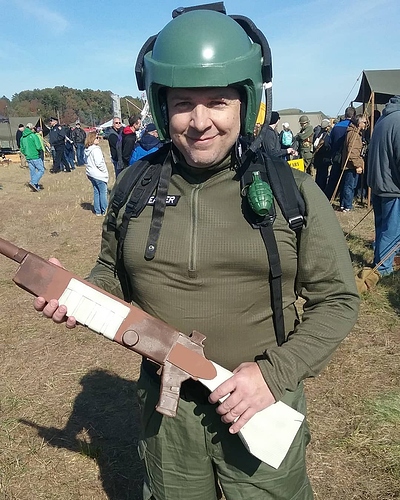 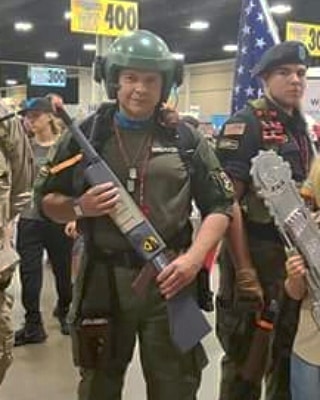 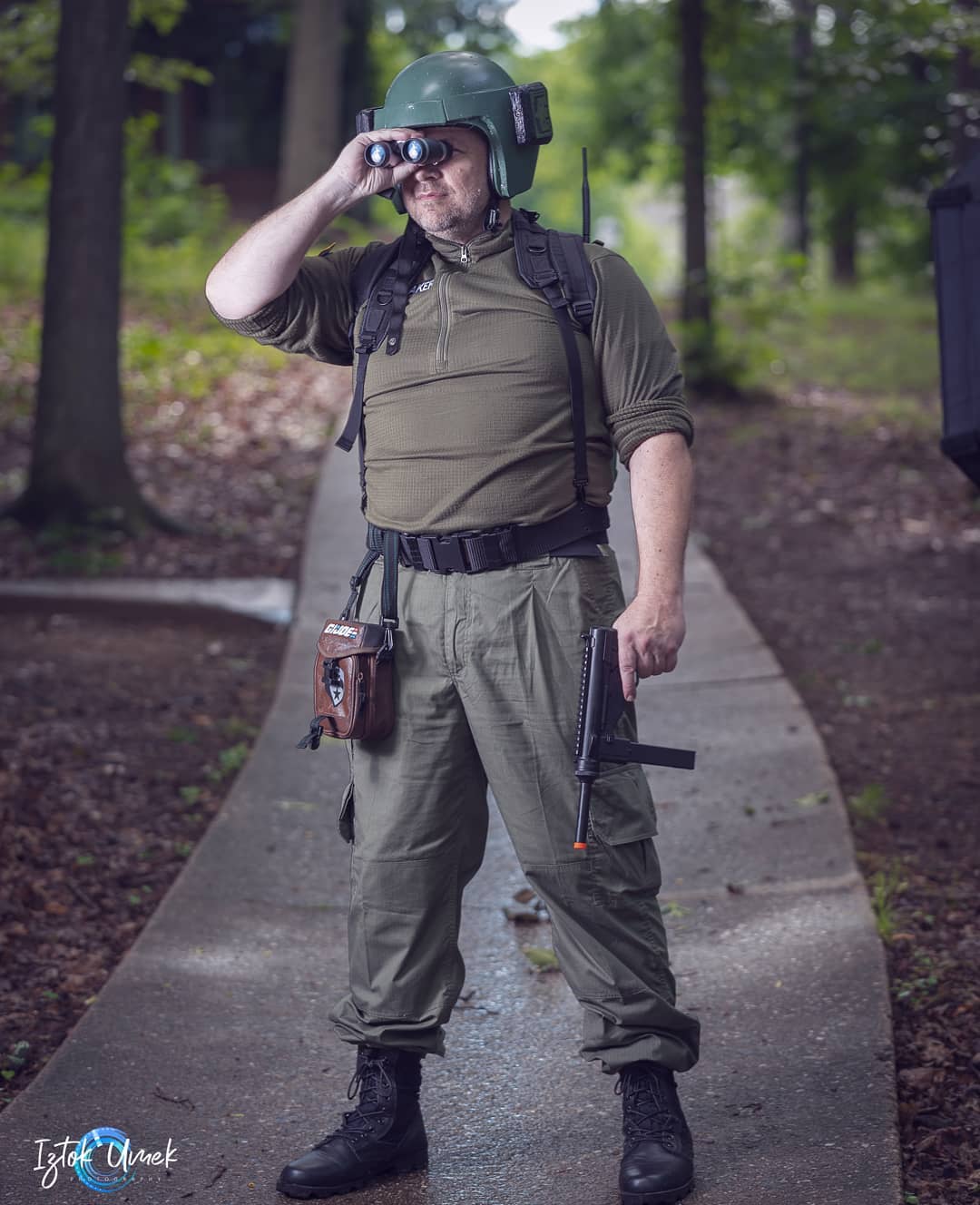 Turned out great! Any pics of the back pack?