Just out of curiosity I have been pondering the Cobra Trooper berets. I did come across the figure of Flint incognito 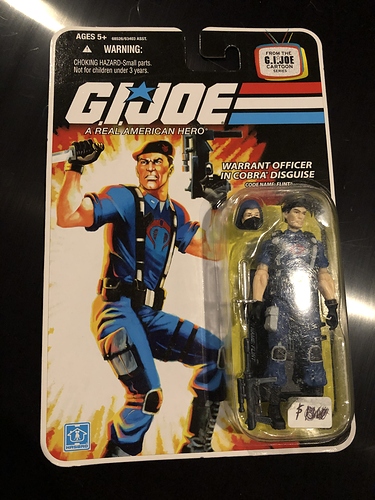 I really don’t recall them ever wearing berets, I’ve never been a fan of the look myself.

The only other reference I’ve seen has been on eBay made for the Sideshow 1/6 scale figures, but not by Sideshow 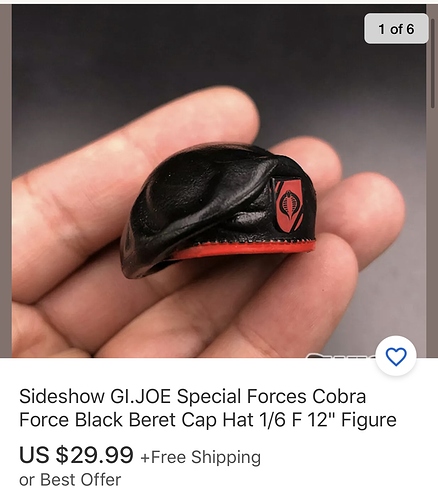 I’ve been wondering if this was canon or not. I have never seen it, but I can’t say I’ve seen every bit of source material either.

Believe it was kinda done as an off duty costume idea when folks didn’t want to wear the helmet at shows and such, it was put in the field manual but I don’t think there is an official source really for it on troopers. I’ve always thought the helmet should be required first and foremost, the beret should be just an informal option personally

It was definitely an idea that Mia and I had in 2012 when we first built Viper costumes, as something to wear when we took off helmets at DragonCon. Later, as Taylor and I were the Viper more often, we got sick of real military people telling us we were wearing berets wrong (mostly Mia’s husband!), so we got patrol caps and put cobra pins on those. They fold up just as neat to stuff in a pouch and don’t have such specific instructions for wearing.

I like the option of having a non helmet headgear piece, beret or otherwise. I understand it’s not canon. Too bad we can’t use a “The Finest” logo splash instead of the black with the silver border.

Some of our troopers definitely have used a Finest Cobra Logo pin for the flash. In my opinion they’re a little on the small side for that purpose though.