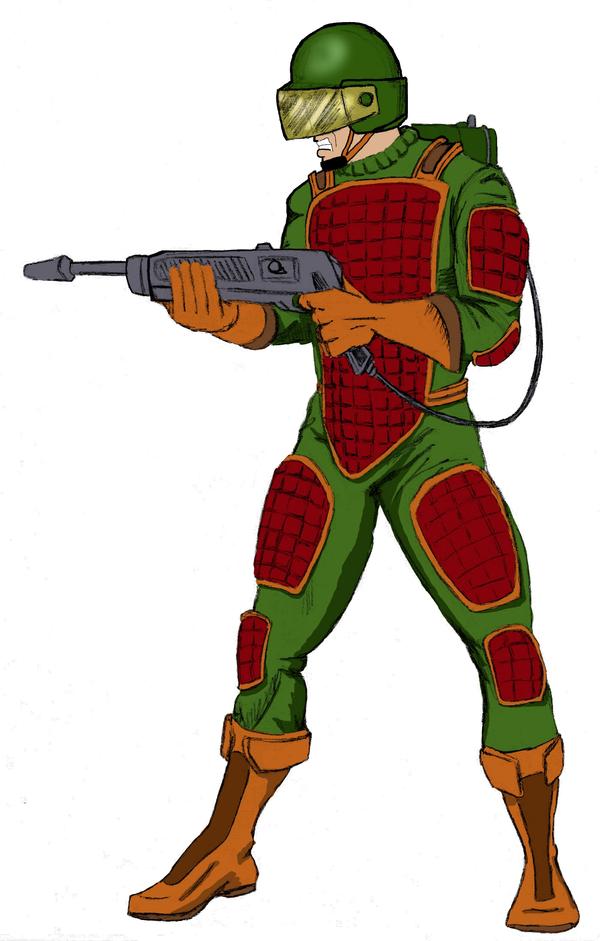 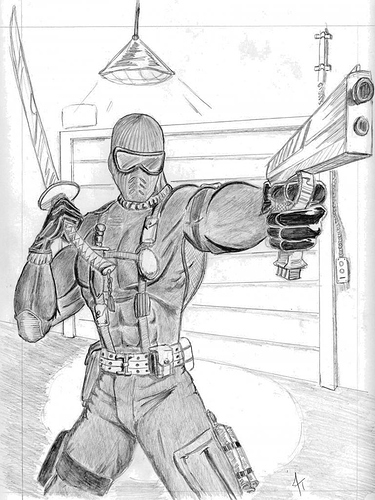 Some pictures I did a few years ago. Breaker and Flash were part of an art jam. The Flash pic has gotten around since then- it is on Comic Vine as one of the pictures for the character, and I have seen some eBay posts in the past where people have included this picture with some others when they have been trying to sell the figure. 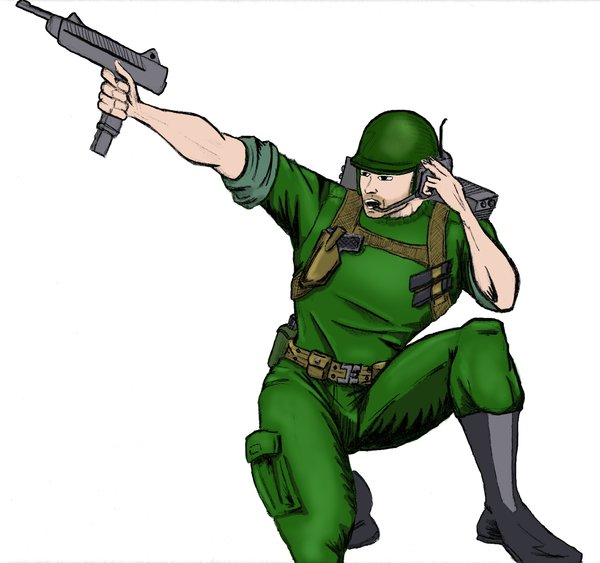 Title has been altered at the wise request of Recon for people to display their GI Joe/Cobra art, digital work, photoshop art, etc.

Here’s a sketch I did of Cross Country when I was wrapping my head around how his vest looks. 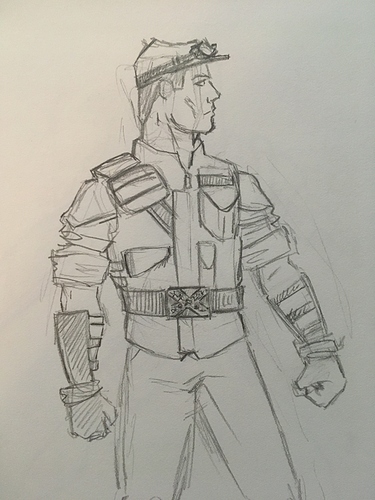