Next costume(s)? I know many enjoy the element of surprise when it comes to it. Is there a benefit to sharing intent? Is it a cosplay faux pas?

I normally keep a running list of builds I want to tackle. Depending on the costume and the level of collaboration it requires I tend to prefer keeping my future builds pretty close to the chest. If I need advice on a particular build I have might share to a set group before asking everyone. For instance our Snow Serpents were discussed with a bunch of folks prior to us under taking the build process.

Similarly we’re working on building Steel Brigade costumes! We’re basing most of our builds on Keith’s excellent work so it’s been a collaborative effort since day one.

That being said I definitely have costumes I’ve built in close to total secrecy my rebuild of Mercer was done without a sharing much info at all. It was kinda of fun to debut it at JoeCon 2016 as a surprise.

I typically post builds of most projects im doing if it’s involved process. The only times I keep costumes secret is for Halloween as we typically debut new costumes as a surprise for the yearly Halloween party, and typically we go for costumes that are something we would wear at cons and such too , not simple toss away costumes folks sometimes do for Halloween.

A few just ended up being secret costumes cause of them being relatively quick builds, like my General Hawk, I had all the parts already except the jacket, so it literally was just me waiting for the jacket to arrive when I found a super cheap one on ebay used, then slapped all the parts together.

I’ve mentioned to some members in my garrison that I am considering two builds. 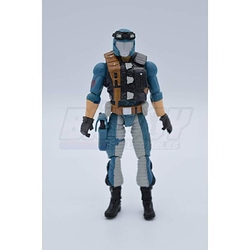 I always liked the blue grey viper from that arctic pack, not the heavy viper but the regular viper form that pack. I’m trying to stick to the no more GI Joe costumes though for now, I built too many and would like to maybe put work into going back and upgrading some parts or adding to the old ones. I got way too many other costume projects form other genres I keep taking on. I’ve been meaning to build Mainframes radio/tech backpack for some time now for example.

Likewise! I’ve been resisting building anything entirely new as I’ve got too many costumes that need an upgrade. But I figured with the Arctic Viper I could at least reuse my Viper helmet. Still it’s a lot of custom fabric to create.

The issues I’m having is getting the mask right for Blizzard. There is such a variation between the card art and the figure (and the comic book). 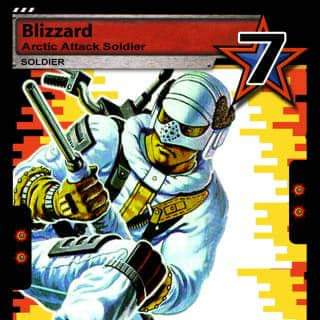 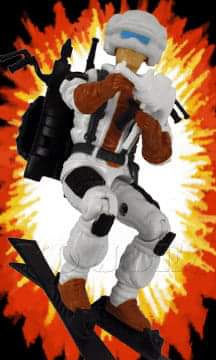 I considered using these goggles but with the proper colors and some sort of helmet, but I’m not sure. 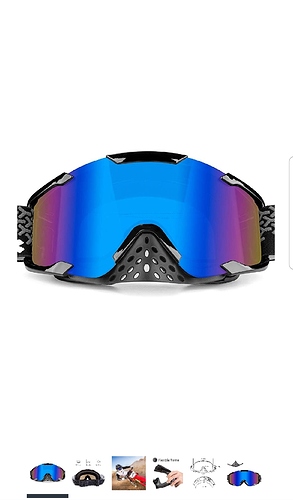 I personally never liked the figure’s final helmet. Such a big difference from the original artwork.

There is also the more modern and simpler looking version from the Collector’s Club recent release, though not as “iconic”

Yeah the card art and comic book looks way cooler. I thought maybe that mask and a baseball helmet, but I’m afraid that would look too custom.

Blizzard’s figure version of the helmet really reminds me of the PVS Saw Viper helmet.

I usually don’t tell people what costumes I’m building and I very rarely take WIP pics. I’ve actually got three that are in various stages of completion, but I really haven’t had to heart to dress up for events. So they are just sitting collecting dust.

My last 3 costumes were surprises. I knew what it would take to pass approval, so I didn’t mind not showing progress updates or asking advice.

Surprises are cool, I’m just not good at keeping the lid on what I’m working on. Building is my favorite part for sure so I like to take progress pics and post along the way. To me there’s still the feeling of a big reveal once you have everything on and display it all together for the whole picture of every piece you may have teased along the way.

I do find value to watching others builds too! I learn a lot about how people are making attachments from part to part or achieve a finish or a core piece that they build off of. I also like to avoid pitfalls when they arise too.

Awesome James! Blizzard is my favorite arctic trooper. I’m sure you’ll put together a great kit!

Thanks man. I have a quote for the helmet so it looks like this one is a go.

I tend not to do secret builds. I won’t announce a build until I have enough to get started but once I know it’s for sure happening, I’ll let the world know.

But seriously…I am thinking of building a new one for JoeFest next year. Trying to keep it a secret…but that never happens.