What's in my closet?

Well, starting at the beginning…

Back in 2011, when my then 5 year old son decided he didn’t want the store bought costumes for Halloween that his mom had been buying because they didn’t look real. He just assumed Daddy could make him a better one. Well throw your old man under the bus, kid! And of course, he wants to be Snake Eyes. He loved it. 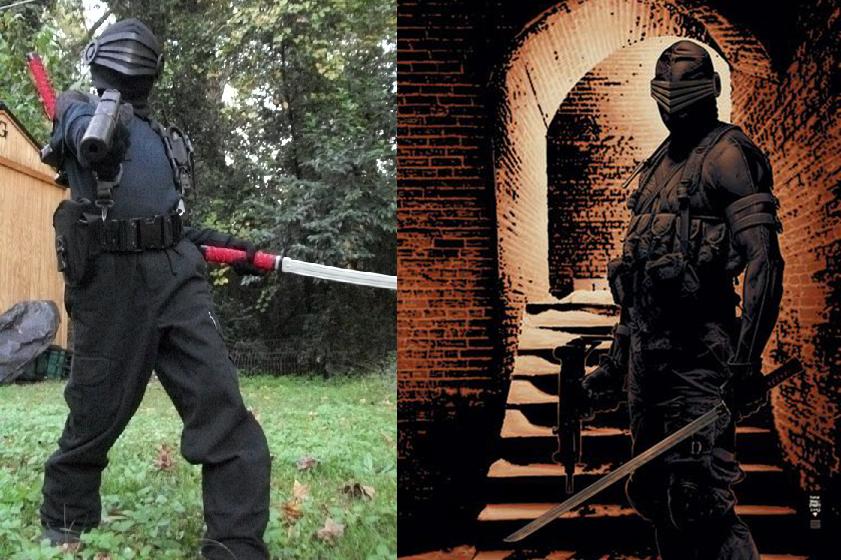 In the midst of toiling over costumes for him the next three years, I bumped into Stephen Rigg and Chris Gould at a Mando Mercs armor party (my son was a Mandalorian one year), they told me about The Finest and invited me to the first Operation Yorktown. No second thoughts, I knew who I was going as. Stalker vs1, inspired by 1982 series one figure and comic appearance. I pretty much had everything except the beret and the camo T-shirt. 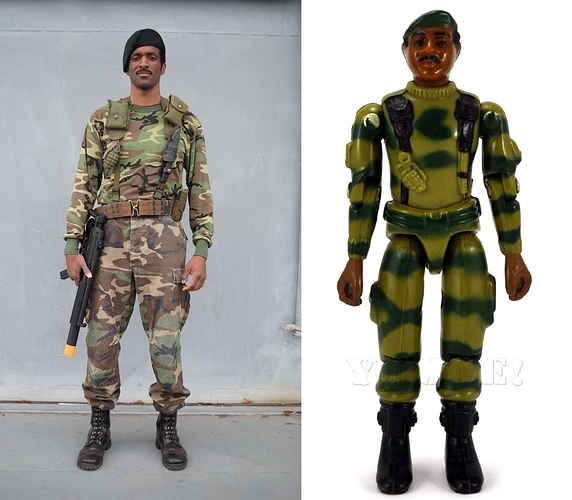 Stalker vs2 was based off of the Sunbow animation. This one might have the most work, done-by-my-own-hand. I hand painted the camo pattern onto the uniform, with several light layers of acrylic. The rifle (XMLP-2b… next gen after XLMR’s

) was built from the remains of an airsoft shotgun, with pieces made from sintra and PVC. A box for a new vacuum made up the body for the jump pack; two giant crayon piggy banks became the boosters; some sintra, PVC, foam, and the hose from the old vacuum, finished it up. 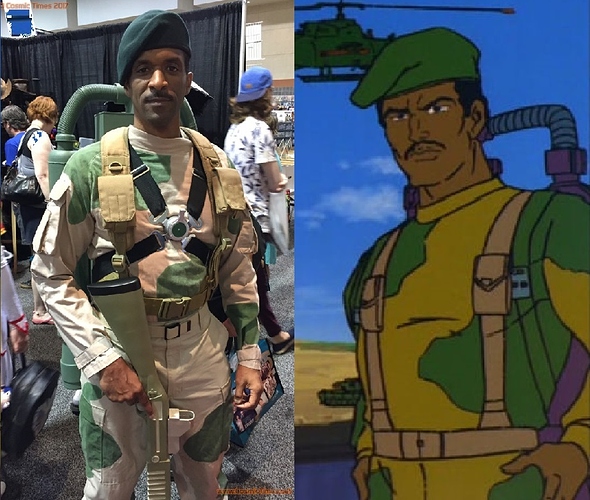 Like many of you, those Sideshow figures command my attention. So, Stalker vs3 was based off of that awesome figure. I was especially fond of the commando shirt option and hand sewing the tiger stripes onto that sweater wasn’t as easy as I thought it would be. I also did a bit of cosmetic work on a pair of boots and an airsoft gun to get them closer to the source material. 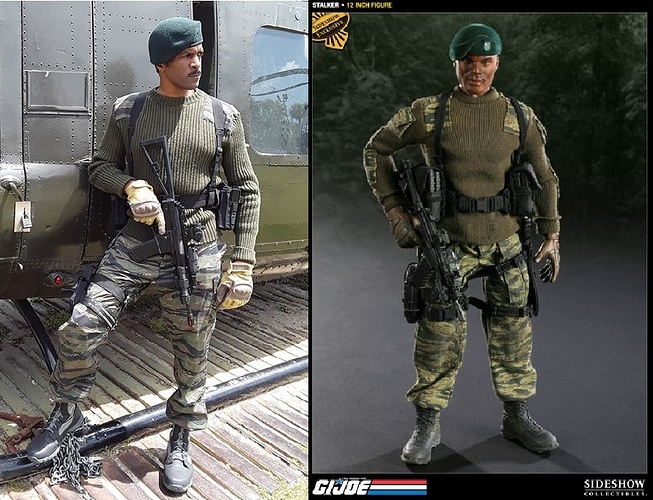 I needed to “play” as someone else for a change, so I made a Snake Eyes for myself. I did the ninja visor for my son, plus I’ve always been more of a fan of his commando look so that was the aim… and I kind of wanted to make it mine, since so many people do/have done this character so well. Snake has so much source material to pull from, it can be a ton of work figuring out what elements you want to use. I like what I have but I definitely want to improve on it a lot. 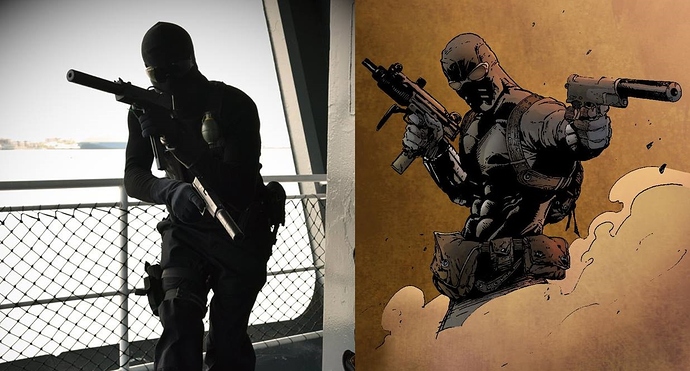 Then there was the enemy. After a perusing of Pit Viper Studio’s website, I was soon sanding and painting a Trooper helmet. I, mean if you’re going to be cannon fodder, aim to be the best… or is it the worst?

Which ever it is, I know they represented well on the Sunbow cartoon and since I opened that can already, why not grab another worm? There was a good bit of sewing on this one; the suspenders, a way to attach them to the pants, attaching the pouch to the pants and sewing a few pouches myself when I couldn’t find any that fit the reference… and a couple other things. The COBRA blaster was built from an airsoft M3 grease gun. There are a few fitting issues I need to fix on this but otherwise I’m happy with it. And who would have thought that I’d actually need those extra masks I had to buy when all I wanted was one. 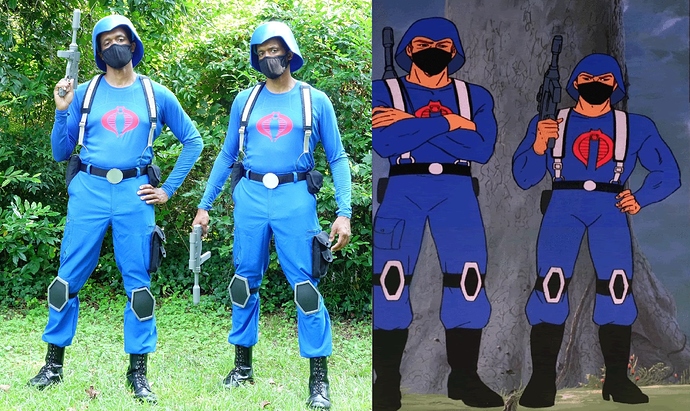 So, that’s where I am… but where shall I go?

Man, all of those are great!

Stalker has been an all time fav for me since I was a kid. Way to bring him to life! Nice work nice to see the side by side

Thanks man. You’d never know it, but he’s always been my favorite Joe character too! I would like to convert my MP5 into an M-32 “Pulverizer” for my v1. I’ve only seen one person, Timothy Salazar, who has done that and it looks really cool. I need to make a new jump pack for my v2 because I gifted that one to Chad Bowers, who is a comic book writer from my home town and huge Joe fan. He’s actually working on IDW’s upcoming Snake Eyes : Deadgame with Rob Liefeld. Outside of that and little upkeep maintenance, Stalker is complete… well, there’s one more really obscure version I’d like to do.

That MP5 conversion into the M-32 “Pulverizer” was pretty slick. I really love the different versions of Stalker. Have you thought about doing more Cobra characters?

Oh yeah. I’m actually in the early stages of gathering build materials for two COBRA characters that I haven’t seen done yet and a few others on the backburner/wish list.

Man, if you wanna team up on some new cobras, you know I have been looking for a partner to do some troops that no one else has built.